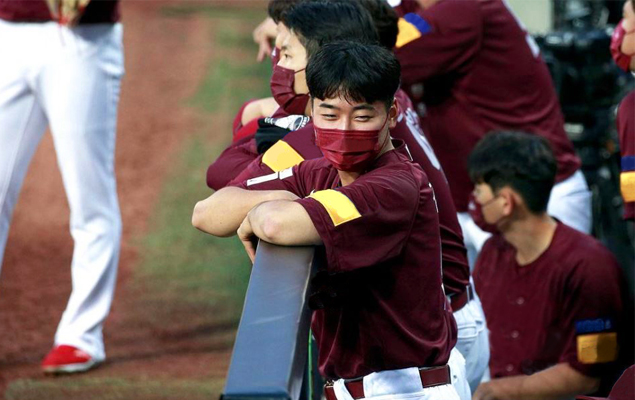 What kind of charm did you fall for in baseball to start your career? Is there a reason why you became a pitcher?

I was influenced a lot because my father liked baseball.

My father couldn't play because of financial difficulties. Later, he played baseball as a member of society.

While I was a student, I tried out other positions, but decided that being a pitcher was more likely than a fielder.

I started pitching in earnest when I was in high school. 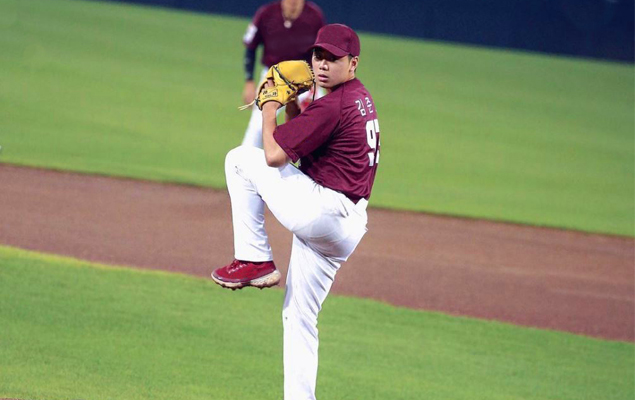 What do you think are your strengths and weaknesses as a player?

I think instantaneous explosive power is my strength.

I'm confident with fastballs or breaking balls but the record is not consistent when throwing the ball.

The deviation is so wide that it needs to be supplemented.

I think it's a mental problem. The speed is pretty reasonable.

Nevertheless, I believe I am gaining strength since I want to provide a better and stronger ball. 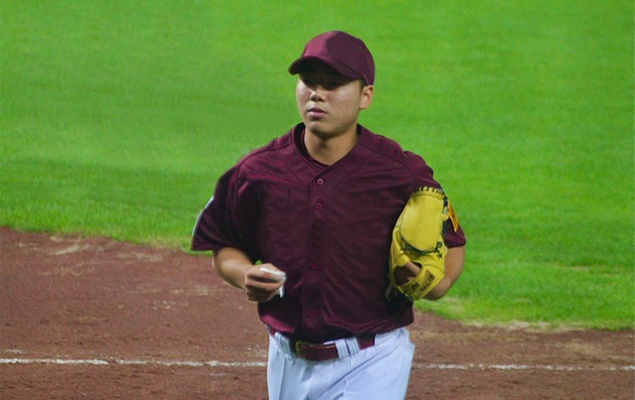 In high school, you played in a Phoenix flag quarterfinal match. Tell me more about the situation then.

The coach once asked me and two other players.

I wasn't confident because I couldn't show you the positive side of me. But on the way to the stadium, the coach said I was the starter.

He told me to throw confidently and not think of negative things because I have a reliable ball. The game turned out really well.

I think I've grown up since then and I'm really grateful to the coach. 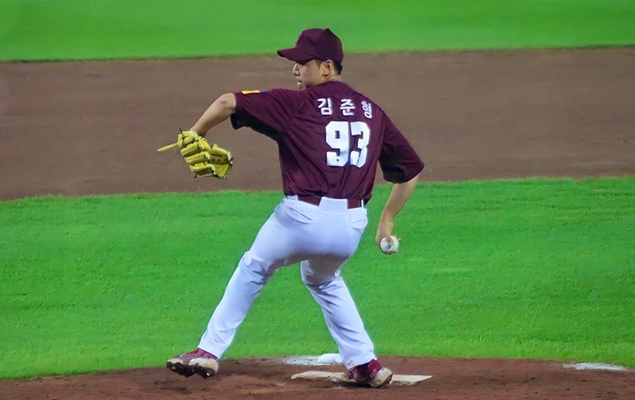 Is there anything you want to improve and develop through training in the future?

The pitcher has to be consistent.

So I do shadow (practice pitching form with a towel) every day after training to maintain balance.

If you throw the ball, it'll strain your arm.

On days when I throw a lot of balls, I keep practicing until my arm gives out.

More than anything, I pay the most attention to my mental aspects. My pitching coach and team leader have helped me a lot. 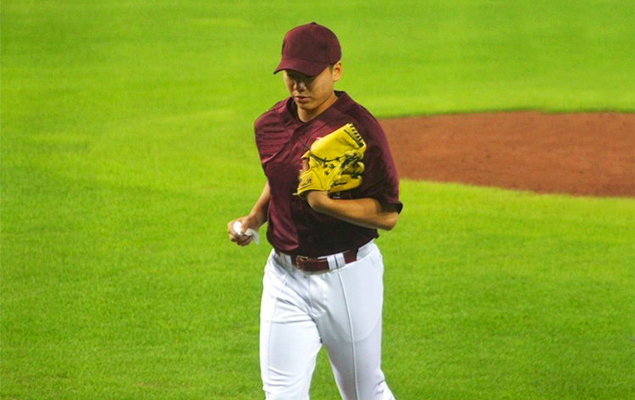 Was there anything particularly pleasant about wearing Wavewear?

I had a chronic knee problem. There's nothing wrong with CT.

So I used a knee support similar to Wavewear in high school.

But it was a bummer that it only held my knees.

Leggings L1 from Wavewear had a good feeling of tightness, not only does it shake the knee, but it also holds the leg as a whole. So it feels stable.

I really like it, so I always wear it at every match. 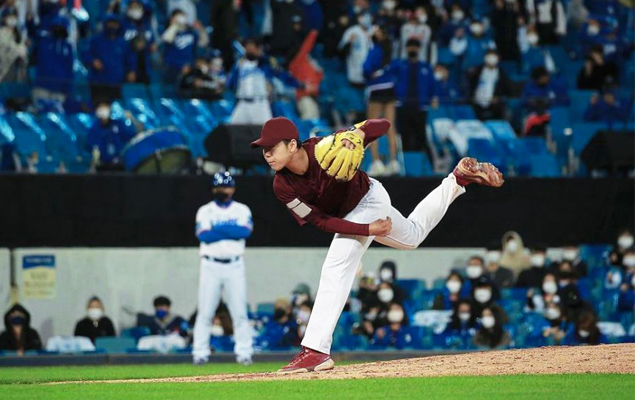 Sometimes, I get asked when I think I can make it to the first division.

I say this every time I have an interview after the draft. I want to train hard in the second division and play in the first division next year.

For those who believe in me and say that there is a possibility, I'm working hard for them.