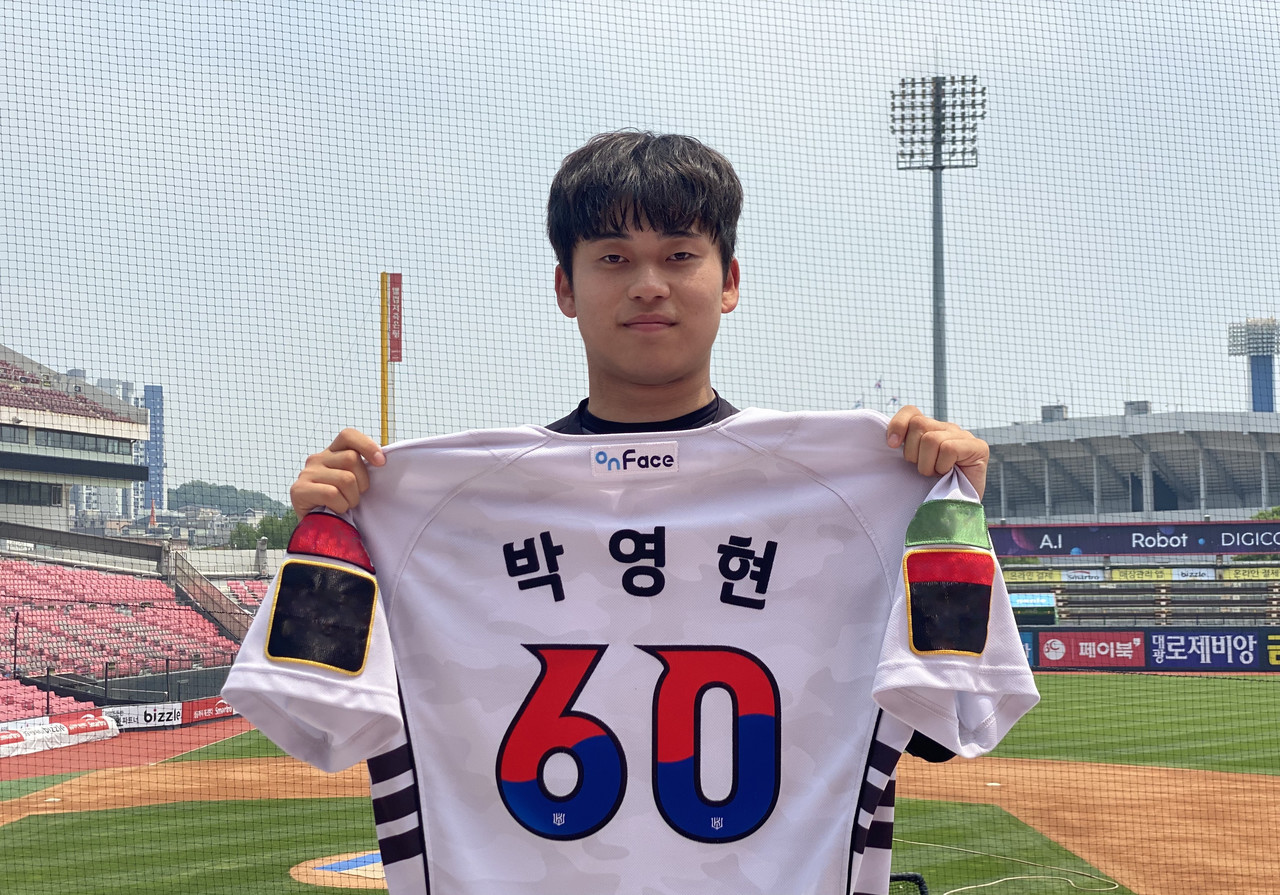 How did you start playing baseball? How do you feel about joining the professional team as the first nominee?

When I was young, my brothers were so mischievous that my parents wanted me to be calm. Despite this, I followed my cousin, who was playing baseball, and entered the baseball path. The best finishing pitcher in Korea, Oh Seung-Hwan, served as his role model in developing his pitching form.

First of all, it is a team that I have liked since high school and I am happy to train with the seniors I saw on TV. At first, there was a lot of pressure, but since I gradually got used to it, I have been training and playing with a happy heart. 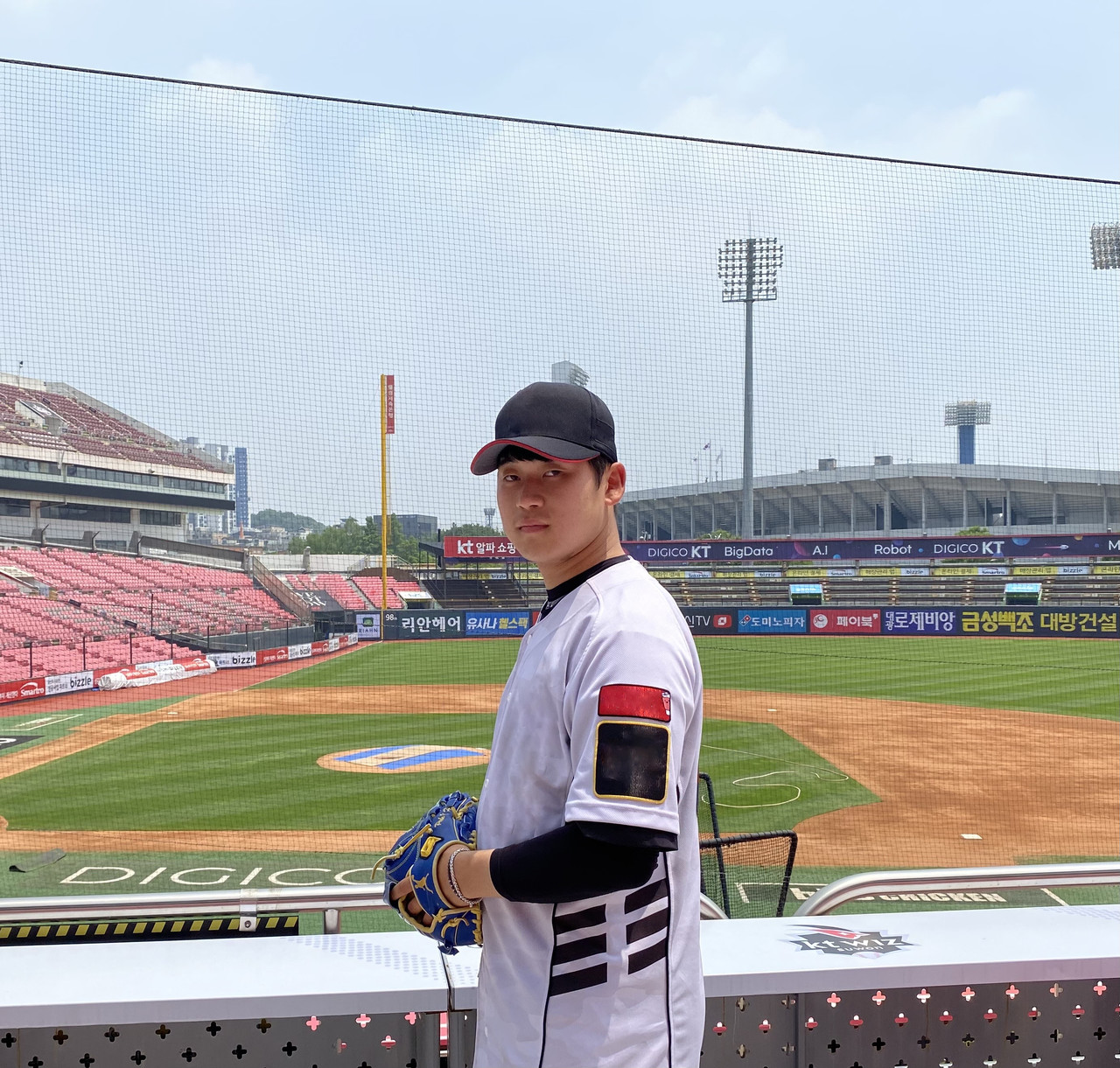 What are Park Young Hyun's strengths?

No matter what happens on the mound, my strength is to pitch confidently. When I was in school, the zone was so spacious that I could put it anywhere I liked. When I entered the professional world, it was more important to throw it perfectly, regardless of control. As a result, I put it in the course I want without giving it much thought. I was so disappointed that I didn't do well before my first professional debut. So based on that resolution, I want to continue using my strengths and play a successful game. 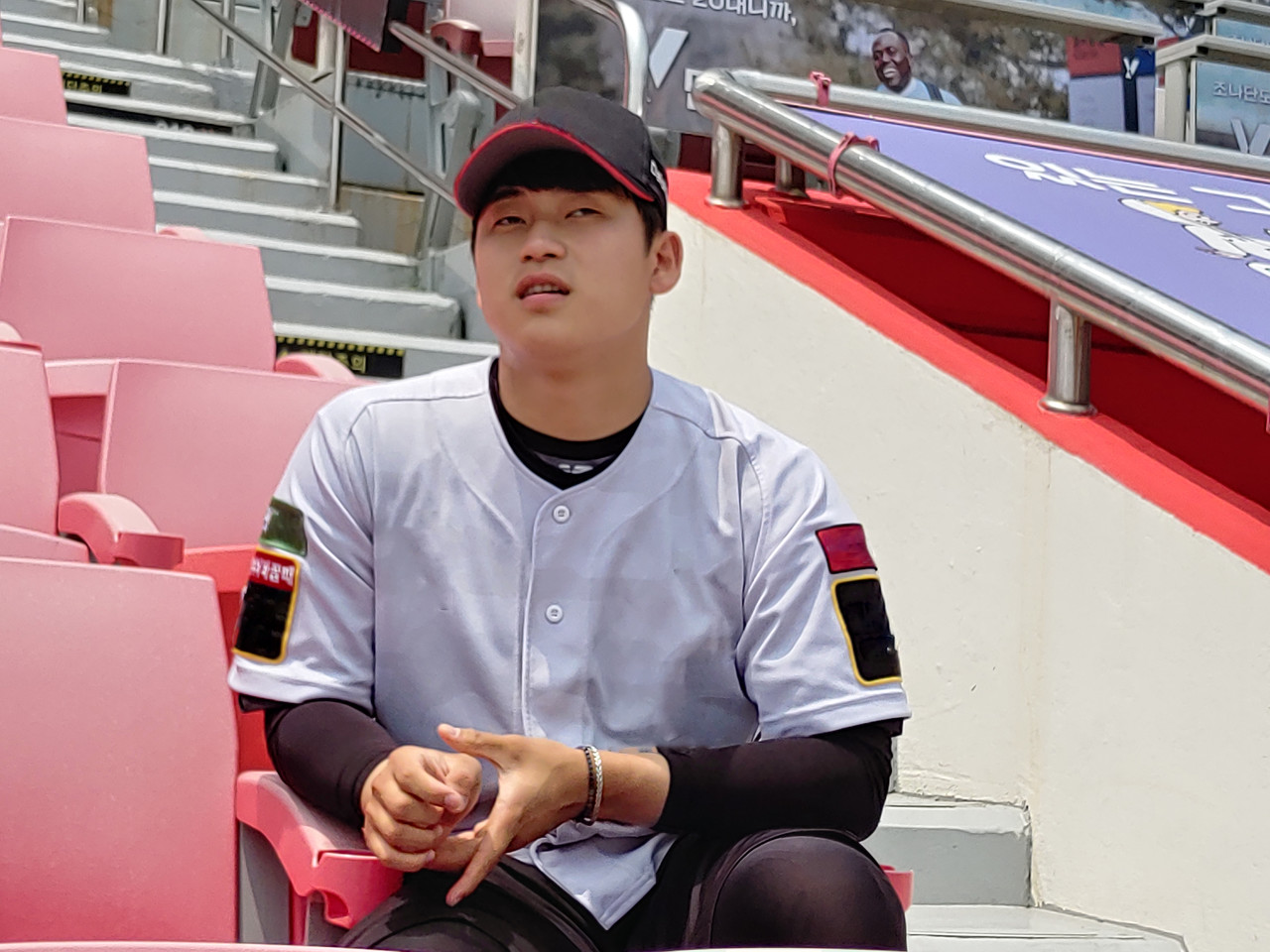 Not long ago, the match with your brother (Park Jung Hyun) was hot topic. How did you feel at the time of the match?

Because we expected to meet one day, we joked with each other that we would win.

(Park Jung Hyun, Park Young Hyun's older brother, is a Hanwha Eagles infielder and right-handed hitter, and KT recorded a 4:0 victory over Hanwha in the game on 5/27)

As I met him on the mount, I couldn't see anything and just thought, "I should catch him." I threw a breaking ball on the first pitch since I decided to throw both the fastballs that followed, but it was good to strike out at a time when it was difficult. My brother was upset, so I teased him that the result was a strikeout. However, I think it was special experience that I couldn't easily have as a player. 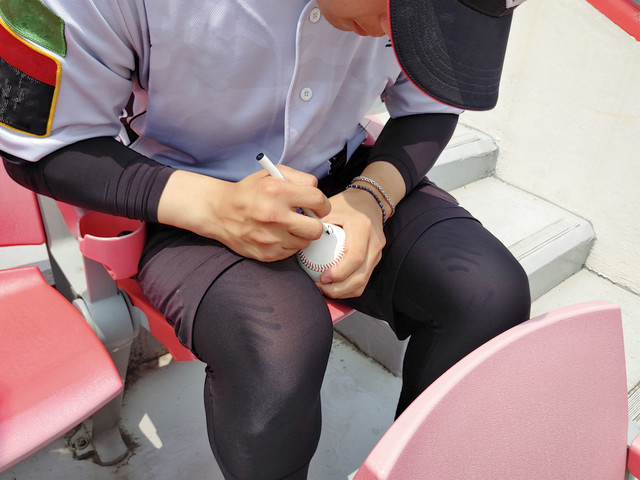 There must have been big and small injuries, so I wonder how you overcame them. What Wavewear products were particularly helpful?

I hurt my shoulder in my second year of high school. I was diagnosed with SLAP (shoulder joint and net rupture) stage 2 and devoted myself to rehabilitation for 2 months. After that, I gradually began using ITP (step-by-step pitching program) and am now completely cured.

I don't like tights because I feel uncomfortable. However, I felt the need to wear it as a pitcher, and Wavewear's L20 was comfortable because it was flexible. And thanks to the taping on my knees and calves, I noticed that my lower body was lighter than usual whenever I raised my legs. My pitching form has become much more flexible, so I'm wearing it under my pants not only during training but also during games. 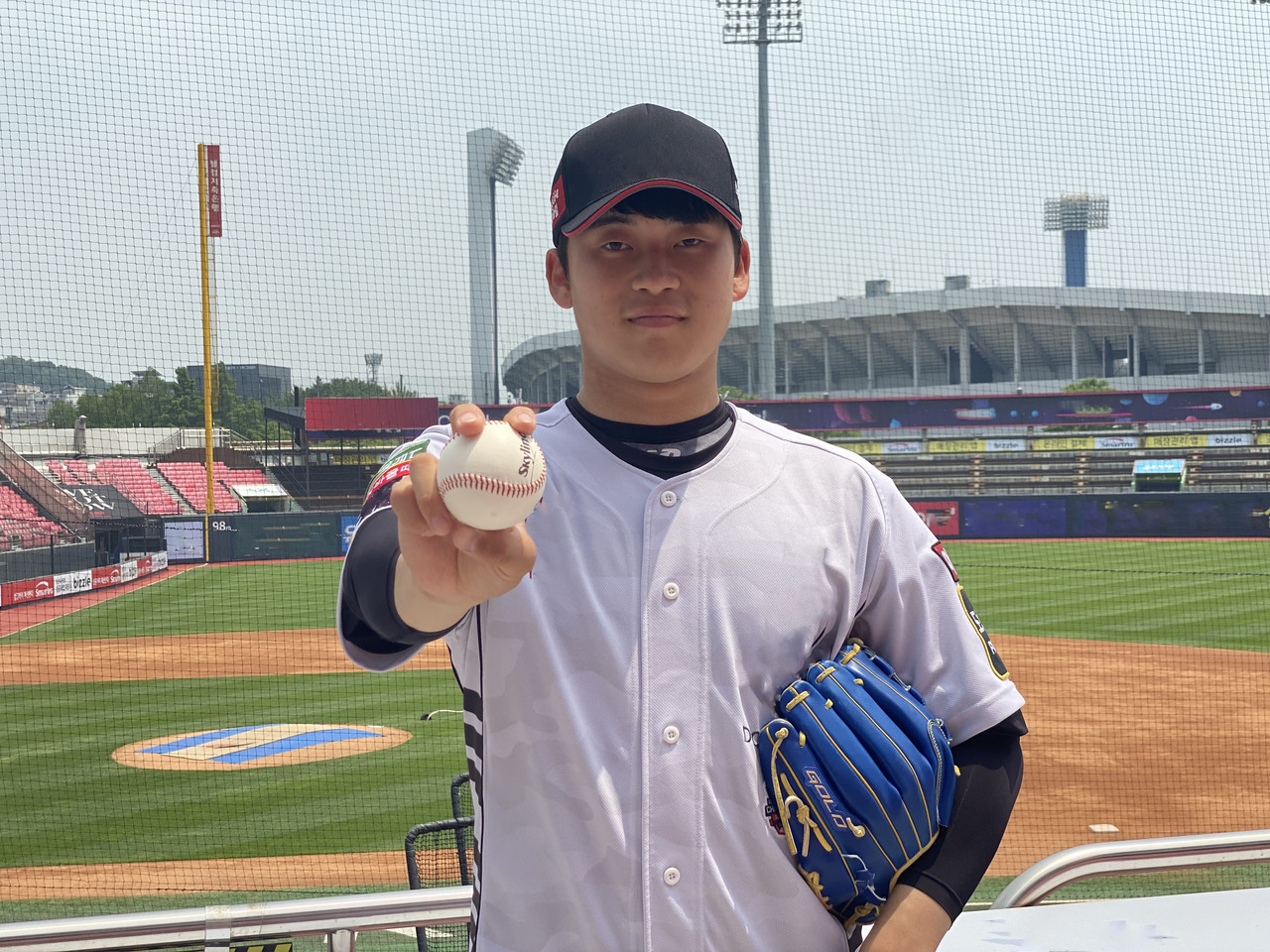 What is your ultimate goal as a baseball player?

Since it's still my first year, I'm working hard to make my current efforts the foundation for the future rather than a clear goal. My colleagues and seniors are so talented, so I'm trying to learn a lot from people around me, including pitching form. And like Oh Seeing-Hwan, who is a role model, I want to be a skilled pitcher who can throw fastballs that overwhelm batters with unwavering composure on the mound.